Modern Wing Chun is a style unparalleled for its efficient fighting techniques. To fully understand the art of Wing Chun, however, a detailed description of how it developed is essential. The following is an account of how Wing Chun began; it is based on a traditional story that is told and retold in martial arts circles.

The Beginning
A monastery at the base of Mt. Sung in the Honan province in central China had gradually gained a reputation that was bringing embarrassment to the Manchu government (Ching Dynasty), for their priests were reputed to be better fighters than the imperial soldiers. The government, displeased by the reputation that was being earned by the monks, decided to eliminate all the members of the sect and burn the monastery. Troops were dispatched but, even after considerable fighting, the monastery remained unscathed. The Chinese government was extremely frustrated with their ineffective frontal assault strategy, and decided to resort to cunning. They need to burn the monastery to the ground before the peasants started to think of the monks as freedom fighters. After many attempts. They enlisted the aid of a traitor by the name of Ma Ning Yee, who betrayed his companions - and burned the monastery. Despite the treachery, many disciples escaped capture by the imperial forces and went into hiding. One such disciple, Buddhist Mistress Ng Mui, fled to another monastery on the slopes of Mt. Tai Leung. Each day, Ng Mui disguised herself and traveled down to a small village at the base of the mountain to buy provisions for the monastery. After visiting the grocers and butcher shop, Ng Mui walked to the bean curd stand at the edge of the village to visit her friend, Yim Lee, and his beautiful daughter, Wing Chun. One day she found Wing Chun alone at the stand, weeping. She rushed to the young girl’s side to comfort her and find out what was wrong. Wing Chun’s father was away on deliveries and the village bully had come by and threatened her, saying that if she did not marry him within a year, he would beat up her father and force her to marry him. Distressed, Ng Mui immediately agreed to teach Wing Chun her own system of Kung Fu, which had no name. Ng Mui had designed the system many years before, imitating the movement of a snake and crane. Wing Chun studied hard. At the end of the year, she challenged the bully and defeated him. She was now free!

Wing Chun married the man she loved, Leung Bok Chau. One day Leung Bok Chau and Wing Chun were play-fighting; he realized she was a very proficient fighter (she had been studying with Ng Mui for about three years at this point). After challenging and engaging her in several play  fights, a deep respect grew in him for his wife’s fighting abilities, and he asked her to teach him. Wing Chun discussed his request with Ng Mui. Ng Mui then agreed to teach her husband. Later on, after her death, Leung Bok Chau taught Leung Lan Kwai, a herbal physician, this style of Kung Fu which was now known as Wing Chun.

Leung Lan Kwai then taught Wong Wah Bo, a famous actor in an opera troop called the Red Junk. By chance, many Shaolin disciples who had escaped the burning of the monastery had joined the opera company. Thus many others who were followers of the Red Junk were also skilled in the art of fighting. Master Chi Shin, the cook, was one such man. It was very difficult for Master Chi Shin to conceal his real identity from the others. Although few knew who he was, those few were already too great in number. Eventually, all the troupe learned his real identity, but no one betrayed him to the Manchu government. Realizing that someone would eventually disclose his real identity to the wrong people, Master Chi Shin approached Wong Wah Bo and proposed they join forces to preserve their mutual arts. They agreed to teach willing members of the Red Junk a combined form of Kung Fu incorporating the Wing Chun techniques along with two weapons that would be included in the teachings of Wing Chun from that time forward: the six-and-a-half Point Long Pole techniques and the “Eight cutting butterfly swords”. Leung Yee Tei was a member of the followers of the Red Junk at that time, and learned and mastered the art with the aid of both instructors. Later on, he passed the art on to an already famous fighter, Leung Jan, a physician who practiced in the city of Fat Shan in southern China, not far from Canton. Having studied other styles of Kung Fu, Leung Jan learned his lessons quickly. Before long, he was renowned for his un-defeatable fighting techniques. Leung Jan was challenged by many worthy opponents, but he had no difficulty in penetrating their defenses and defeating them. After many years, he decided that he was getting too old to be brawling in the streets so he took on Chan Wah Shun as a student who would be the teacher of the famous Yip Man in his later years.

Over the past 60 years, the martial arts have swept over North America, starting as a fad but gradually becoming a very popular and widely accepted activity. Karate and Kung Fu are new words common to everyone’s vocabulary, thanks to the efforts of a select few who had opened the realm of martial arts to all. Those who studied faithfully discovered new abilities and confidence within themselves. In 1969, a Los Angeles studio released a movie featuring an unknown martial arts expert from Hong Kong, Bruce Lee. He popularized and promoted martial arts throughout the world with his dazzling performances of superior fighting ability. The movie, “Enter the Dragon”, swept across the continent, gathering a large number of enthusiasts and sending them streaming towards martial arts clubs and Do-Jos. The “Bruce Lee” phenomenon was born. However, few truly knew much about this superior fighting style. Bruce Lee had studied under Yip Man (who modernized Wing Chun) astounded millions with his effective attacks and efficient blocks. Recognizing the obvious value of the techniques, many celebrities (Chuck Norris, Steve McQueen and James Coburn, to name a few) flocked to learn them from Bruce Lee. Since his death, many people around the world in the field of Wing Chun have opened clubs, with millions studying this style.

During the years between 58-76 A.D., Indian and Chinese relations began to grow. In accordance with this, the concept of Buddhism became more popular in China as monks were sent to and fro between India and China. An Indian monk by the name of Bodhidharma may have played a significant role in the development of the Chinese martial arts. You see, it is believed that he eventually preached to the monks at the newly formed Shaolin Temple in China (see ‘The Shaolin Temple’ above for when this was built). While there, it appears that he may have actually taught the monks martial arts movements, which served as the basis of Chinese and therefore Shaolin Kung Fu. Though Bodhidharma’s role in martial arts history is disputed, the fact remains that, after his legendary arrival, the monks became famous martial arts practitioners that worked extremely hard at their style of fighting.

The Tang Dynasty (618-907) saw thirteen warrior monks help the Tang emperor rescue his son, Li Shimin, from an army of soldiers looking to overthrow the ruling party. When Li Shimin was eventually named emperor, he called Shaolin the “Supreme Temple” in China and fostered learning exchanges between the imperial court, armies, and the Shaolin monks as a result.

Destruction Of Shaolin Temple and Its Effect On Shaolin Kung Fu

Qing rulers had the Shaolin Temple burned to the ground due to the Ming loyalists residing there. Along with this, as seems to be the case with nearly all historical martial arts texts in Asia from that general time period, a lot of history and treasures were lost. Further, the practice of Shaolin Kung Fu was deemed illegal.

The effect of this was interesting, however, because it caused monks to disperse amongst the world. And when the art was again allowed to be practiced and made its comeback, though valuable historical texts were lost, the mingling with other martial arts styles may have, in some cases, added to the style. 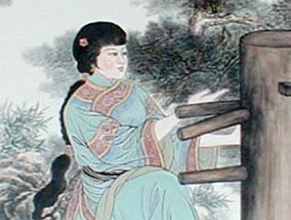 Shaolin Kung Fu is practiced by the monks today. In fact, they have become world famous entertainers, as their art is beautiful to watch. Interestingly, as the Shaolin style has morphed and taken on many different substyles/names, many believe that its hardcore self-defense core has lost out, to an extent, to the more showy styles like Wushu.

Many believe that the original Kung Fu devised by the monks was much more powerful, though perhaps less aesthetically pleasing, than the majority of Shaolin Kung Fu practiced today. 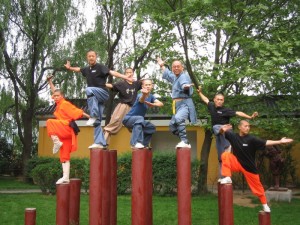 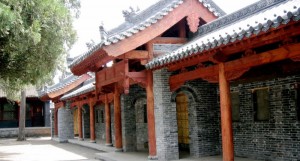 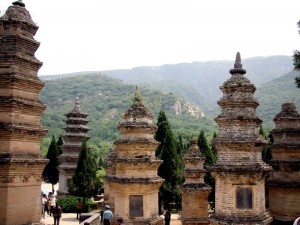